Jesus has been seen on the big screen numerous times, but not every depiction has been universally accepted.

When a filmmaker decides to portray the life of Jesus on screen, controversy is as guaranteed as when a blogger questions Beyoncé’s sincerity.

In other words, if you’re planning to breathe subjectivity into an iconic figure, whether actual or mythical, who holds a special place in the hearts of millions, you best be wearing more than one layer of armour.

With that in mind, and to mark the premiere of Last Days of Jesus, we’ve ranked eight depictions of God’s ankle-biter – from least to most controversial. 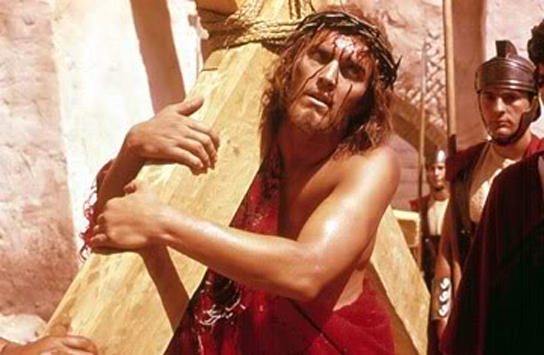 Narrated by an uncredited Orson Welles, this Passion-lite tale once stirred controversy for being the first major English-language film to show Jesus’s face, and not mythically masked as was popular in epics like Ben-Hur (1959).

Similarly, the box-office bomb stirred critics with its attempt to explore Jesus’s philosophical bents through intimate moments as opposed to iconic spectacle.

Over 50 years later, and the most controversial aspect of the piece is the casting of Jesus as a bronzed and body-hairless heartthrob. A meta take on the last days of Jesus that would make Charlie Kaufman proud. The French-Canadian production focussed on a Jesus-like theatre actor named Daniel who’s commissioned by the clergy to adapt the Passion Play for modern audiences.

Daniel, also playing Jesus, eventually receives resistance from those very clergyman who ordered the work, and ends up standing up for his artistic and existential principles in a very Jesus-like fashion.

The most controversial thing about this story, which comments on controversy, is that the film itself wasn’t at all controversial, suggesting meta narratives are a film’s greatest shield.========== Those who accused TPOTC of anti-Semitism even before it hit cinemas were validated when director Mel Gibson painted the Jewish population as brutal and ruthless without the burden of conscience, and JC as an overflowing vessel of goodness.

Even its depiction of Jesus’s last days were lambasted – if only because, despite its title, it honed in on Jesus’s suffering more than the events of the actual Passion as described in the New Testament. Arguments over the film’s message continue today. Franco Zeffirelli’s iconic six-part miniseries was heralded as a triumph in long-form storytelling. It was also raged against by mostly fundamentalist Christian and Protestant groups, who interpreted the work as amplifying Christ’s human qualities at the omission of the divine.

These protests, largely spurred by word of mouth as opposed to critical review, managed to pressure GM Motors into retracting sponsorship, even after contributing a quarter of the film’s $12 million budget. ========== The conceit of turning the end of Jesus’s mortal life into a rock opera was enough to create lasting outrage, for the simple fact that pop music trivialised the story.

More specifically, both Catholics and Protestants criticised the film for depicting Jesus as a conflicted human being with (perhaps) an interest in the carnal. God forbid.

In addition, this was another in a long line of films lambasted for unfairly villainising Jews as Christ’s executioners, as opposed to representatives from across the non-believing human spectrum. Played by: a statue

Kevin Smith’s Dogma is as much an ode to intentional blasphemy as a bird flip to the Catholic doctrine in its entirety. Talky and stuffed with profanity-laden religious debate, the film sparked dissent both before and after its release.

Dogma depicted Jesus only in the statue form of “Buddy Christ” – an update of the crucifixion image as a winking, Anthony Robbins-type figure. Nevertheless, The Catholic League went toe-to-toe with Smith despite the fact the film ends with a rediscovery of the lead character’s (and hence, a confirmation of Smith’s) faith.========== 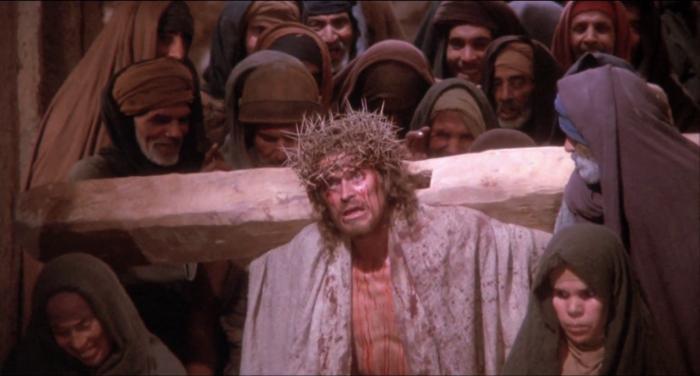 Famously controversial for a litany of reasons. Scorsese’s bastardising of the Gospel included a highly conflicted Jesus, who, while hanging on the cross, imagined an alternate life in which he hadn’t devoted himself to the cause.

Religiously motivated protests by those who found the film’s moral standpoint offensive, both prior to and after the film’s release, successfully restricted its visibility. The movie’s US theatrical run was limited, and it was banned from hitting a single theatre in Turkey, Mexico, Singapore, Argentina, Chile and even in our own state of Queensland. Even though the lead character (Reed’s Father Grandier) in infamous director Ken Russell’s The Devils was merely Jesus-like, comparisons to Christ were thinly veiled. The film was (and still is) one of the most controversial religious films of all time.